I struggled with how to be authentic on this blog when I first created it a couple of years ago.  I had a sort of writer’s block, and couldn’t identify the reason why.  I realized that it was because, as a singer, I didn’t want to make it known to the general musically-interested public that I have CF.  That self-censorship restrained me from actually being myself, and I found I didn’t know what to write about.  I don’t know how many of my fellow singers or directors know about my struggle with CF, because I always tried to keep it on the down-low.  I’ve only told a few of those who already know me fairly well, when it came to the point where keeping it to myself would be self-defeating. So unless the rumor mill did its own churning (which, granted, rumor mills are wont to do), a lot of the people I perform with probably don’t know about it.  Those who do know, but didn’t hear about it from me, most likely have misinformation about what my disease entails.

So why did I keep it quiet? The main reason is that I thought if everyone knew I had this working against me, that they would somehow judge me differently than everyone else.  That they would either not hire me altogether, or even worse, treat it like a handicap and always give me some extra leeway instead of judging my work on its own merits.  Imagine that you’re looking at a sketch drawing of a flower. Maybe it looks a bit amateurish – a nice attempt but definitely not something you’d see hanging in the Louvre.  Maybe if you have some artistic skills, you’d even think to yourself, “Eh, I could do better.”  But then you find out that the artist lost his sight as a child, and drew it from memory.  Suddenly, instead of seeing this as a childish drawing, you look back on this semi-miraculous achievement, and feel ashamed at your own prior judgment and say, “Oh, but I didn’ t know…”

But that’s just what I need to remind myself.  I DO sound really good for a person who can’t breathe as well as everybody else does.  I don’t want to be held up on some different scale than the rest of the world that doesn’t have a chronic lung disease, but honestly, I have to give myself some credit for doing as well as I have given what I have to work with.  And if I’m being honest in my writing about music, I can’t tiptoe around the topic.  I have to own it, because my disease is as much a part of me as my arm or my leg, or my family, or my competitive nature, or my love of cheese.  It’s made me who I am, and quite honestly, I like the person its made me.  If I’m going to talk about music and what I’ve learned in my life as a singer, CF is going to be an integral part of the discussion.

As much as I may think the flaws I hear in my singing that result from my CF detract from its beauty, they are a part of me, and part of what makes the music mine.  My “vocal fingerprint,” if you will.  My extra catch breaths, my consonants that might not fall in quite the right place because I need more time for a breath, my sustained notes that aren’t quite as long as in the score, my bizarre respiratory rattlings (that I’m always petrified the audience can hear).  I can always work on improving those things, but I need to keep them stashed in my bag of tricks for those times when my lungs just can’t hack it on their own.  I have to remind myself, “There is no shame in it if you need to take an extra breath.”  I just need to remember, whenever possible, to put that extra breath somewhere that the added pause gives unexpected meaning or sensitivity to the phrase.  Where there can’t be perfection, let there be poignancy instead.

Yes, I have Cystic Fibrosis.  Yes, I am a singer.  Yes, I have consistently performed in operas and other demanding works with a lung function around 65%.  And NAILED IT.

Put that in your pipe and smoke it, lungs. 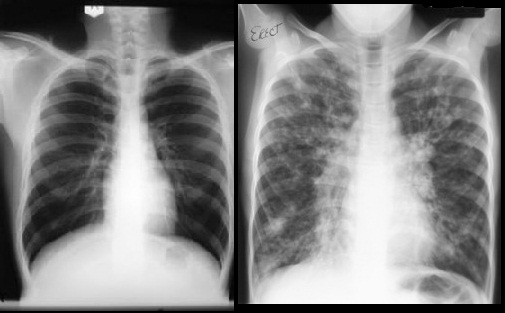