How yoga made me a better musician: part 1 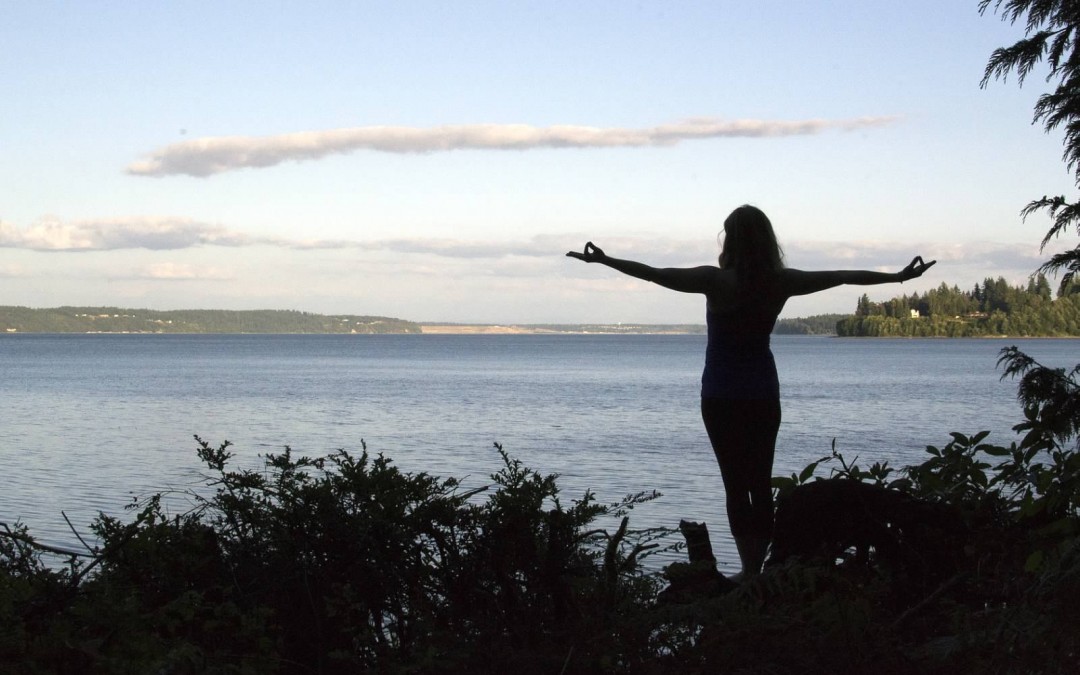 A little over two years ago I was very ill, and had to make a serious look at the way I was living my life.  It’s not like I was out partying every night – far from it – but I was working a full time day job, and singing several days/week, usually in some combination of opera and choir rehearsals and getting up early on Sundays for my church job.  And also serving as the Treasurer for the Seattle Gilbert and Sullivan Society.  And helping out my parents with improving their business website.  And helping my husband through a major life transition (joining the Army Reserve).

Balancing all this was taking a toll that I didn’t even know about until one day when I went in for a regular doctor’s appointment, and found that my lung function had slipped to just above 50%.  Bugger.

Bringing that number up became my primary occupation for the subsequent months.  I cut down my work hours to half time and put a hard stop on some commitments that I’d taken on.  I set a rule for myself that I wouldn’t do shows that were more than a half hour commute from my house.  In the hours that freed up, I devoted myself to exercise, stress reduction, and compliance with all the numerous medical treatments I’m supposed to do on a daily basis. I came to the realization that, with a chronic lung condition, taking care of my health was a part time job in itself.

As part of my new goal to exercise at least 30 minutes every day, I enrolled at the local YMCA and started trying the different workout classes there, to see what I enjoyed and what I would be likely to stick with.  With aerobic exercise being recommended as best for CF, I tried Zumba, kickboxing, circuit training, and step aerobics. Yoga was a secondary interest – mostly because I’d heard good things about it from friends, but I wasn’t thinking it would really make that much of a difference for me.

(Boy, was I wrong. Two years later, I give yoga credit for the most consistent improvement among any of the things I tried.  But that’s another story for another day.)

I walked into my first yoga class cautiously.  I, like many people with a fairly conservative Christian upbringing, always perceived it as being kind of new-agey-mumbo-jumbo. Y’know, what with the chanting and whatnot that I’d seen those yoga people do in movies or TV, that I was decidedly not interested in doing.

That first class was a gentle yoga class on a Friday night at the Y.  I decided to give it a whirl because being the YMCA, I knew that a) it was likely to be fitness-focused and accessible to a variety of skill levels, and b) being a Christian organization, I didn’t need to worry TOO much about having to chant some bizarre hindu mantra over and over.

When I walked in, the instructor, Kathleen, introduced herself and asked if I was new to yoga. She had a very calming presence about her – which I found kind of refreshing since it was so different than many of my friends who are of the boisterous singer/performer variety – and I liked her immediately.  I said I was completely new to yoga, but had a background in dance so was curious about yoga.  She said that often times dancers take pretty well to yoga, but just to listen to my body and not to press it into doing anything it wasn’t ready to do.  Focus on breathing instead of pushing to get into the pose.

It came pretty naturally to me at that first class, but there were things I wanted to be able to do that I couldn’t, and it was helpful to know that in yoga, acknowledging that is not only OK, but necessary.  And of course, a couple of years later, my abilities have improved, but there still are things I can’t do. And there always will be.

In yoga, as in singing, it’s more important to be conscious of what your body’s abilities (and limitations) are than to try to force it into doing something that would be unhealthy for you.

Yoga is about the process, not the end result.  That’s not to say that you don’t strive for improvement, or just give up when things get hard.  Rather, you allow your body the space and time to learn how to do what you’re asking of it, without judging or berating yourself for not being able to do what the person next to you can.  Refocus your energy on your own breath, and see where that takes you. Maybe I’ll one day be able to do a peacock pose.  Maybe I never will.  Either way, that’s OK.

The world of classical music is an insanely competitive world.  It’s easy to lose sight of one’s own achievements because you’re always seeing incredible musicians everywhere you go, and thinking, “I can never measure up.”

I think it’s an incredibly dangerous trap for singers in particular, since their instrument is their vocal mechanism, which in the day and age of plastic surgery and contact lenses and tattoos, is one of the few things about ourselves that we still can’t change.  We (particularly women) have all these great pep-talks about body image, and self acceptance, and yet so many people dislike their own voices.  Singers improve their skills by learning how best to use their vocal mechanism, but any change that they make is through their technique, not changing the instrument itself.

And that’s what makes vocal music so unique and so beautiful to me. It’s about creating something that is purely yours, in whatever moment you are in.  Just like your warrior-three pose will look different than your neighbor’s, even when you are both performing to the best of your bodies’ ability.

Yoga taught me that it’s OK if I can’t sustain that high D for more than a measure, right now, today.  If you just relax, you’ll be amazed at what you can do if you just give your body the time and space it needs to learn, and to breathe the way it knows how.

Mayurasana (peacock pose). Just another day at the office, right?