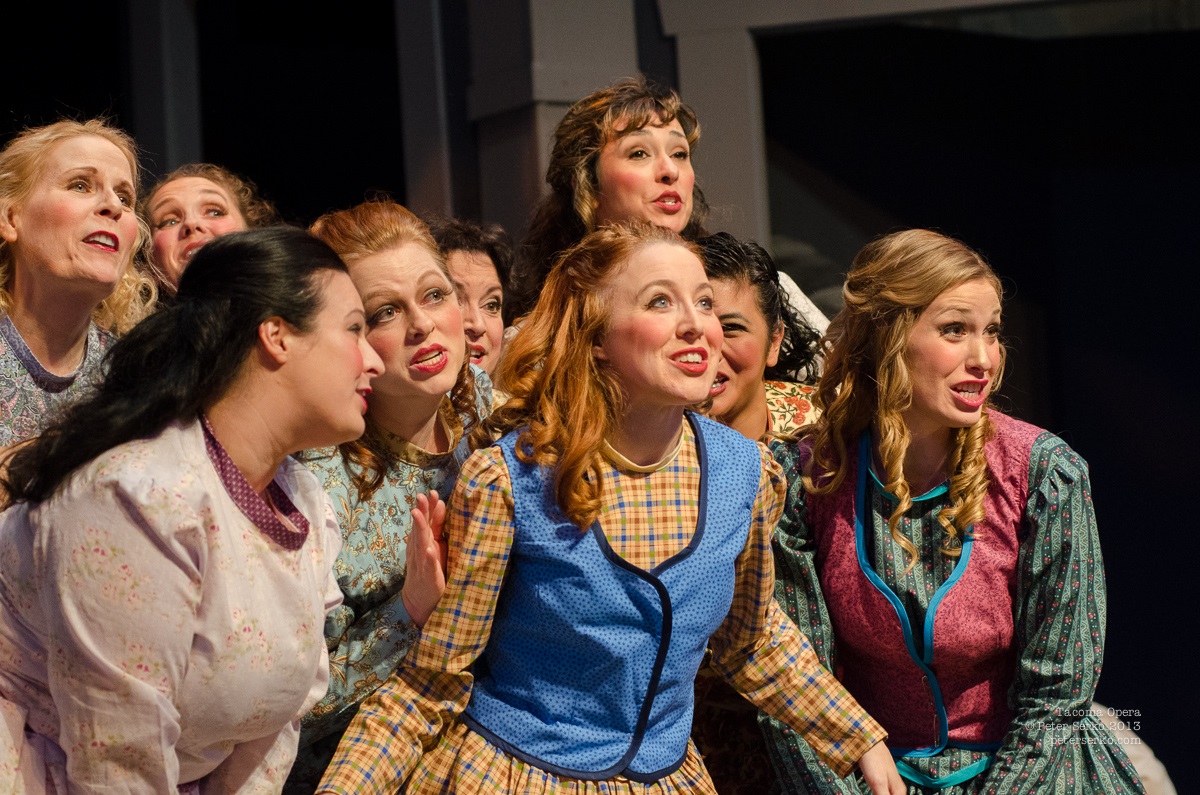 Exactly one month ago we started staging rehearsals for Pirates of Penzance at Tacoma Opera.  It’s hard to believe that it was only a month ago – the process was so intense that it felt like weeks went by every few days.  Pulling together a production of this much energy and intensity – with the chorus on stage about 80% of the time – in only three weeks was a case study in focus and persistence.  I laughed, I cried, and at times I was so angry that smoke came out my ears… but that’s what being in close proximity with myriad artistic personalities will do to a person. 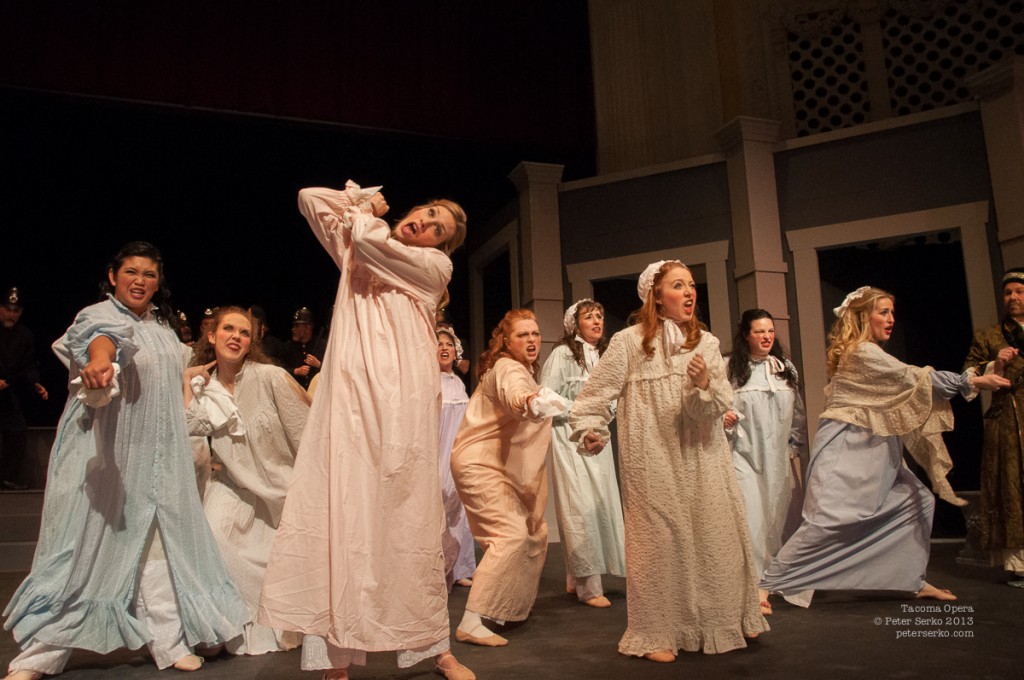 Here we demonstrate what being in close proximity with myriad artistic personalities will do to a person.

And then there was “the sickness” – a miserable sore-throat/sinus cold virus that infected me during week two as it circulated among the cast, and finally infected our stage director so badly that she wasn’t even able to come backstage to give us hugs on opening night.  Miraculously all our principal singers were healed up by the final dress rehearsal, and we got to perform to two packed houses with a near sell-out crowd on Sunday.  My castmates had very encouraging words to say about my performances and I left satisfied that I’d done what I set out to do. 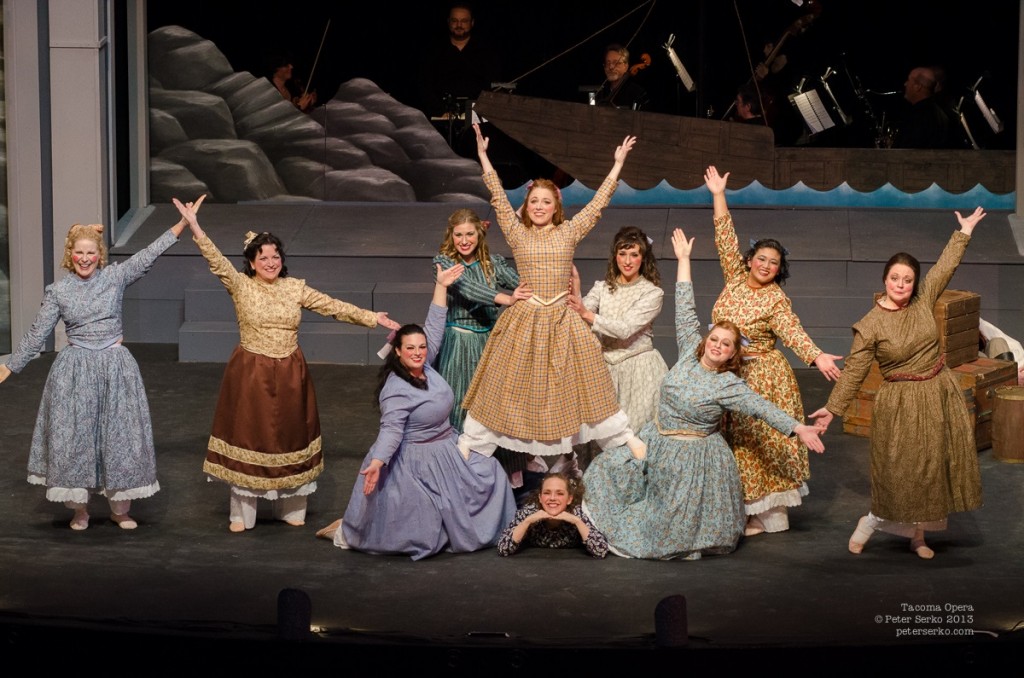 As you can see from our cheerleader-esque pose, Edith was a very physical role, and at one point even had me singing from atop the Pirate King’s shoulders.  On top of that, I was also Dance Captain so I was often breathless during rehearsals.  On most days I didn’t really get a chance to rest from the moment I walked into rehearsal until the moment I walked out (“and even after”).  But that did give me a chance to get to know my Stanley sisters very well.  What a bunch of lovable goofballs. 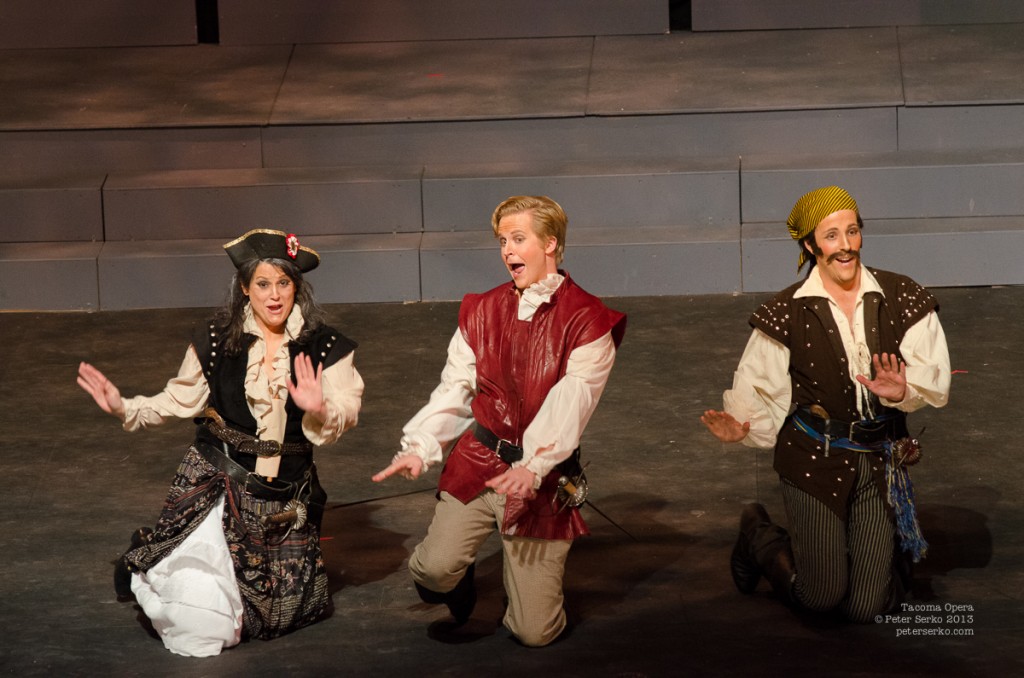 Speaking of lovable goofballs… Ruth (Dawn Padula), Frederic (Eric Neuville), and the Pirate King (Ryan Bede) had me in stitches every night with “A Most Ingenious Paradox.”

It was an honor and a pleasure to share the stage with this cast – incredible voices and actors all around.  It was my first time working with several fantastic folks, and always a treat to spend more time with those that I already knew from previous productions.  Megan Chenovick, Audra de Laveaga, Ryan Bede, Brandon Higa, Barry Johnson, Eric Neuville, Deac Guidi, Dawn Padula, I love you all and I hope I get to work with you again in the not-too-distant future. 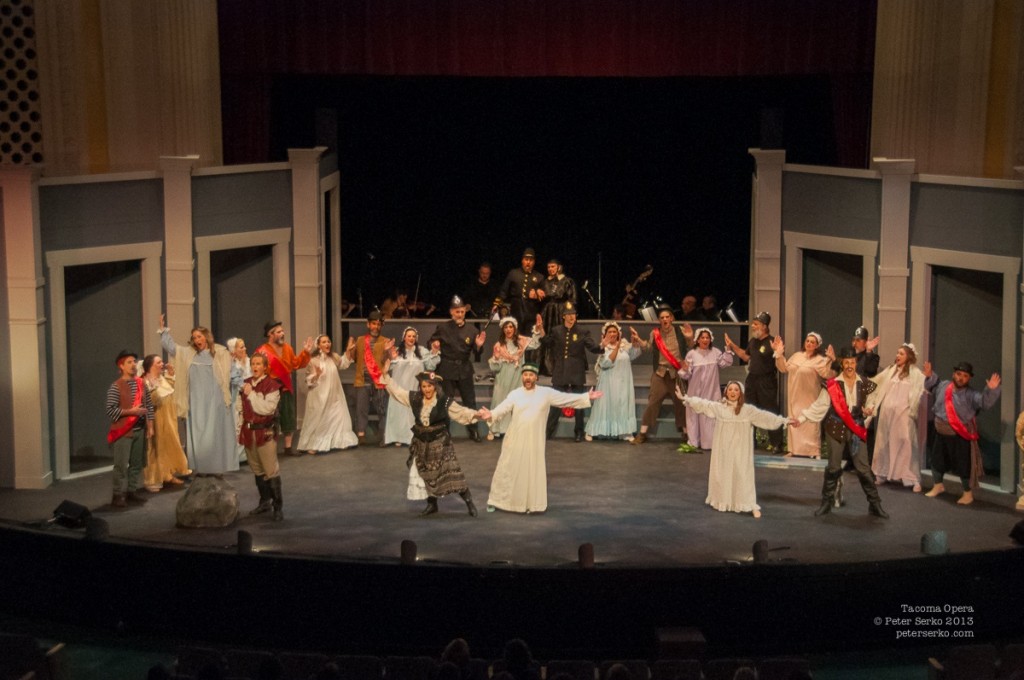