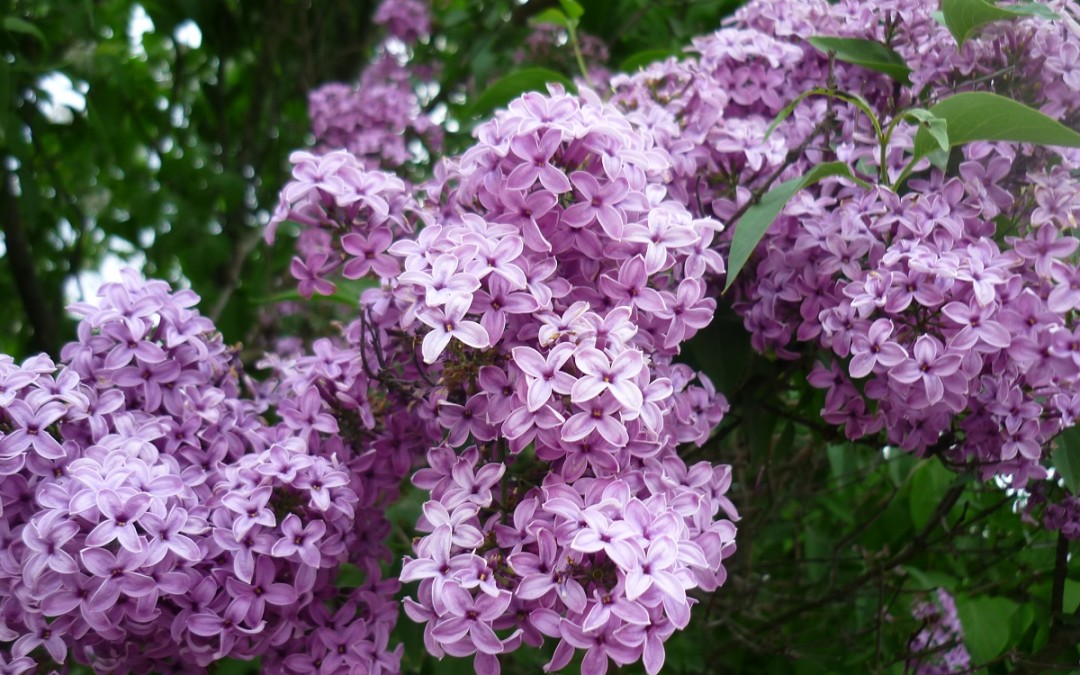 There are many vivid memories I have from that first week in Sweden that I have spent the past few months unsuccessfully attempting to capture in writing.  I think it took reliving the experience through watching the episode to make all the thoughts that were swimming around in my brain coalesce.  There were moments I was sure were going to be included on the show that were not, and those omissions made me realize which moments were really the ones I want to be sure I retain.  As the years go by and the memories fade until I mostly have what is left on screen, I want to capture them now while I still have them fresh in my mind.

When we arrived in Sweden I hopped off the bus and took my first steps on Swedish soil.  I immediately took off my shoes and led the charge down the rocks to the water so I could dip my toes in.  John was the first to come down next to me, and he put his toes in while I dangled my feet in the water. It was cold, but refreshing, and the wind coming off the water smelled like it does at home.  We looked over at the Öresund bridge that we’d just come across, and I marveled at how easy a crossing it was for us versus the international shipboard crossing it would have been for my ancestors. 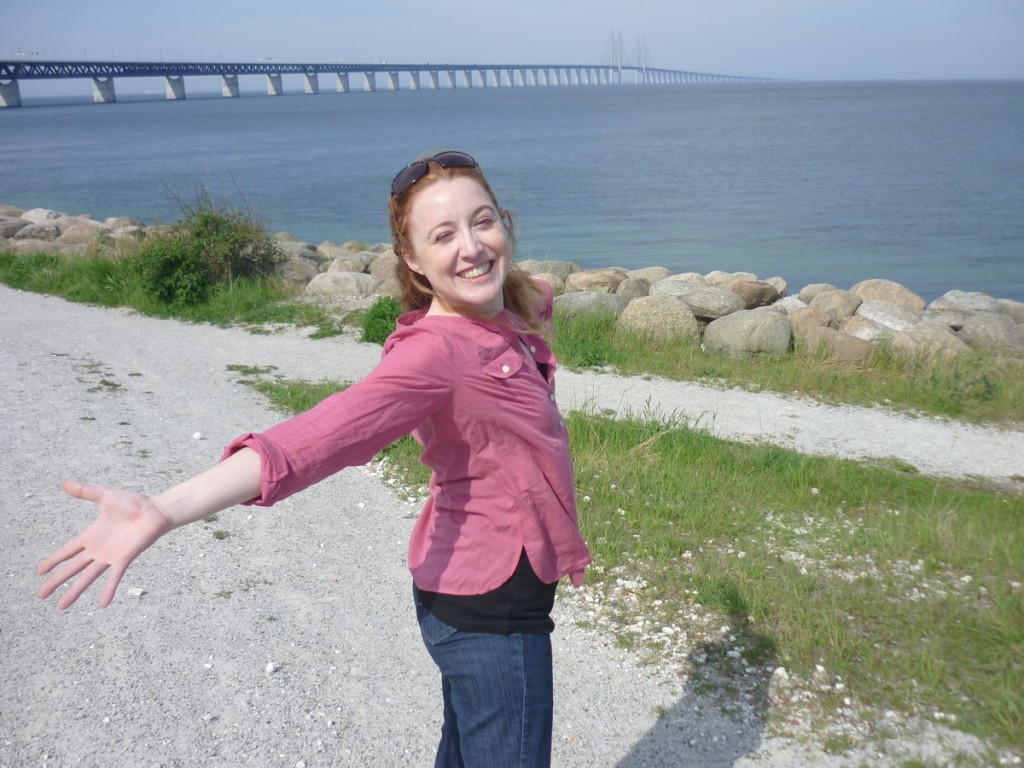 My first steps on Swedish soil, near the the Öresund bridge.

Soon afterward, down at Malmö harbor Anders told me that I was standing in the very spot where Ellen had boarded the boat for America — there is a weightiness to stepping in the places where your ancestors stood.  There is an incredible sense of belonging and of purpose that sweep over you when time and place are united across so many generations.

Meeting my relative, Anne, in the park was a delightful surprise.  Her smile was so genuine when she waved at me, I felt immediately welcome.  She took a picture of me with her phone for her mother.  During our brief conversation I learned that she is a personal trainer and performs musical theatre – I teach yoga and sing opera so I knew immediately that I wanted to be her friend!  She said that her mother’s last name is Hallberg – my great-grandfather’s sister visited Sweden in the 1930s and stayed with relatives named “Ahlberg” so I knew which of my ancestors she was related to!   At the end of our talk she took my hand and said, “We will meet you, no matter what.”  So I knew that they were just as excited to meet me as I was to meet them.  I treasured the bit of time I had alone after our meeting to commit the phrase “hålla tummarna för di” (“I will hold my thumbs for you”) to memory, watching the swans, lying in the grass among the trees and flowers in the sunshine.

Couldn’t have asked for a better day to relax in Malmö’s peaceful Kungsparken.

Swedish school was a lot of fun.  I genuinely enjoyed Anders’ lesson, learning my first Swedish phrases.  The only phrase I really memorized before I left home was “Jag talar inte svenska.”  I liked hearing how Swedes would be intentionally vague and non-committal even about going out to coffee – it’s a very Seattle thing to do.  “Man mår som man förtjänar” really stuck with me, because the Swedes seem most comfortable talking about their feelings in the third person, as though they are happening to someone else.

The next day, as we were loading up from the hotel I spoke with a member of the crew who told me that he thought what I was doing there, being a part of the show, was “heroic.”  I asked him how so, a little perplexed at why someone would think my wanting to come to Sweden to take part in this adventure would be any different than the rest of my castmates, let alone deserving of a word like “heroic.”  And then it hit me that he was talking about my cystic fibrosis – as though my coming to Sweden even though I have a chronic disease was a big deal and somehow worthy of admiration.  In my mind at the time, it wasn’t.  It frankly had not occurred to me that anybody would see it as an obstacle I’d overcome – it’s just something I’ve grown up with that’s a part of my daily life.  I’ve done a lot of traveling on and off the grid, had plenty of unusual adventures, and I’ve never let my CF stand in the way of what I really want to do.

Later that day, when I first read the letter in my treasure box, and especially that line about “the strong and powerful Kerstina,” I felt a sinking feeling in my stomach, because it meant that the show was going to make my story about my CF.  I don’t consider my CF to be the central, most important theme of my life.  I was concerned that the show would make my illness appear more severe than it is and, even worse, that I would suddenly have a lot of explaining to do to people back home who don’t know that I have CF.  Having that fact made public was the single largest thing in the “con” column when I considered applying for the show.  I ultimately decided to apply anyway because the odds of my being cast were so small, and there was so much knowledge potentially to be gained for my family, that I wasn’t going to worry about it.  Yet here I am.

Until two days ago, my having CF was not common knowledge in my professional world – either in my day job as an accounting & HR manager or in my work as a professional singer or yoga instructor.  There is a stigma around respiratory problems in the opera world, so there is a possibility that nobody will hire me to sing any more operatic roles now that my CF is public knowledge.  So it was absolutely terrifying to read those words and feel this sinking in my gut, knowing that my story on the show would center around my CF.  I was afraid that all these viewers, friends and strangers alike, would be introduced to me as “the girl with CF” and see my disease as my defining characteristic, when it’s only just one little corner piece of the puzzle of who I am.  Those tears you see as I read my letter are as much out of fear as they are out of inspiration. 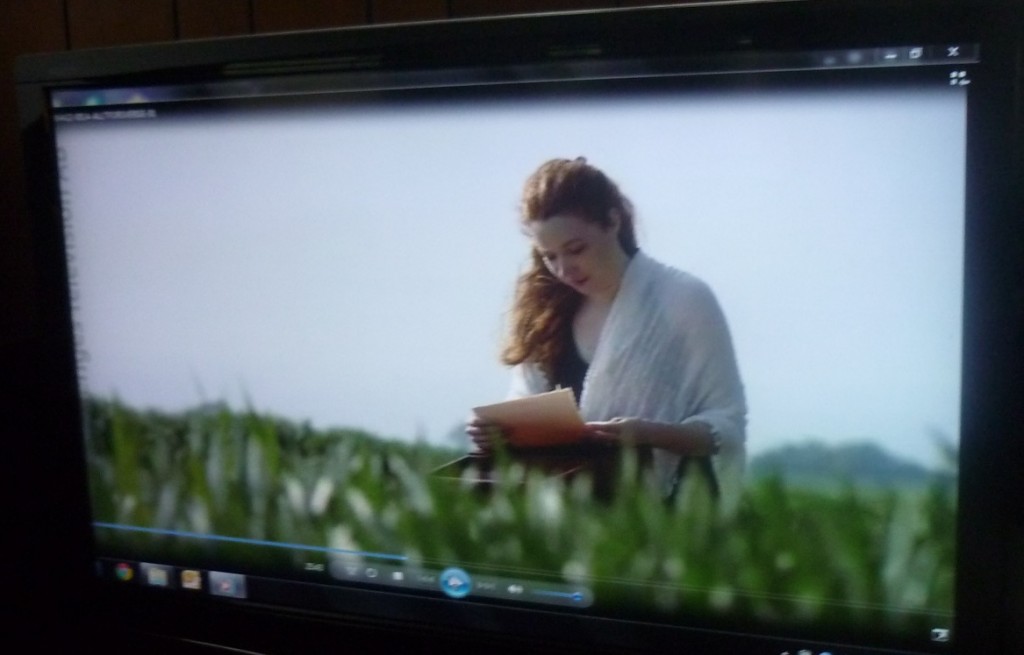 But as I kept reading and I learned the whole story about Kerstina, who she was and what she accomplished in an era when women – especially widows – had so little they could count on, the inspiration suddenly and overwhelmingly overcame the fear.  To feel I had so much in common with so great a woman – strong genes, a supportive family, and sheer determination – gave me the courage to embrace the part of my story that I have always been so reluctant to tell.  I don’t want to be held to a different standard because of my chronic illness; I want my work to be judged on its own merits.  But I do have CF, and my accomplishments in spite of it are a testament to how strong I really am.

That realization on top of everything I’d already experienced – visiting places of importance to me and my family, the learning curve of being in a new culture, making nine new American friends, and sleep deprivation – there was simply no way to contain the emotional wellspring I carry around with me every day.  And I cried.  A lot.  But you know what?  Looking up from that letter and seeing a crew of stoic Swedes cry along with me as I learned my ancestor’s story made me realize that this ability I have to connect with people through genuine, intense emotion isn’t a weakness – it is actually a gift.  It’s in those moments of genuine emotion that we truly connect with each other.  It’s in those moments when a stranger becomes a friend.

That night I arrived in Simrishamn long after everyone else and it was getting dark so I didn’t get to see much of the town or the waterfront.  There was a gigantic thunderstorm that woke me up in the middle of the night.  I went to the window and opened it, and leaned against the windowsill as gusts of wind blew rain on my face.  My first view of the town was of rainy seaside rooftops illuminated by a flash of lightning.  In that moment I was overcome with an incredible sense of belonging and affirmation, and that sublime knowledge that I am on the right path.  Even though it’s a path that I was terrified to walk down, I know that I’m exactly where I should be.

It was Kerstina’s story that inspired me to push past that fear and let CF be a part of my story.  I’m smart, I’m artistic, I’m tenacious – and I’m a CF warrior.