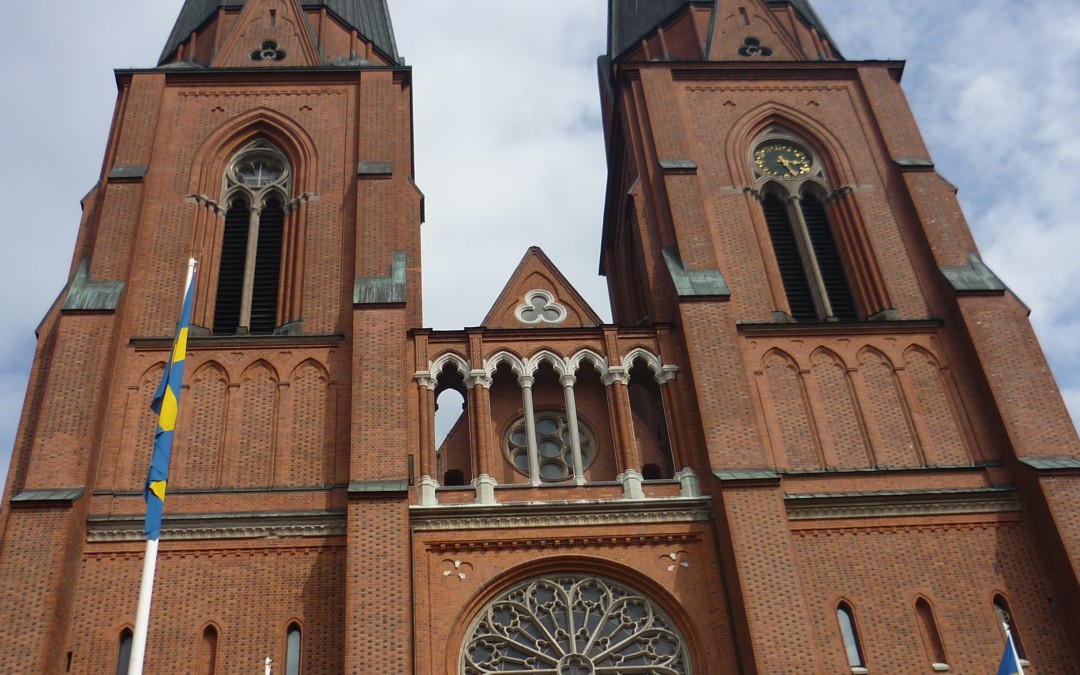 Uppsala, where we filmed Episode 4, was a little hard for me to get in to initially but it ended up being one of my favorite locations we visited.   We arrived at the koffert still feeling Leslie’s absence, and she was on all of our minds.  I honestly believe what I said at the beginning of the episode about this not being the end for Leslie, but a beginning.  This experience has started her down a path that I truly believe is going to add to her life in new and exciting ways.  She is finally seeing just how special she is because we all have responded to her so strongly. Right now she’s quit her job to take care of her ailing parents, and to brighten her days she’s taking herself on a virtual walking tour of Sweden and making hundreds of new friends online.  What an amazingly positive person.

Once we started going through the koffert and seeing what the next week had in store, things started to look up.  I consider myself a “lifelong learner of things” – I’ve always had a fascniation with the natural world and an inherent curiosity about the way the universe works. I geek out about science –  particularly astronomy, physics, and geology. For example, I helped find an exoplanet through the Planet Hunters citizen science project, so “massive nerd” would not be an inaccurate term for me.  So learning that we were in a major university town where so many great scientists had done their work – Carl von Linne, Anders Celsius, and Olof Rudbeck among them – was really exciting for me.

Listening to the CD of the student song got me excited because there is a great choral tradition from Uppsala, too.  Learning the student song was a challenge because the CD player didn’t go up very loudly so it was hard to hear, and there was no sheet music (just printed lyrics).  I’m a sight-singer, you have to be to learn an opera score really quickly, so you ask me to learn a song without sheet music and I’m like a fish out of water.  I can do it (I sang in a gospel choir a few years back that was entirely by rote), but it takes a lot of focus. When people started singing over it it was nearly impossible.  The musicians of the group took that part pretty seriously! 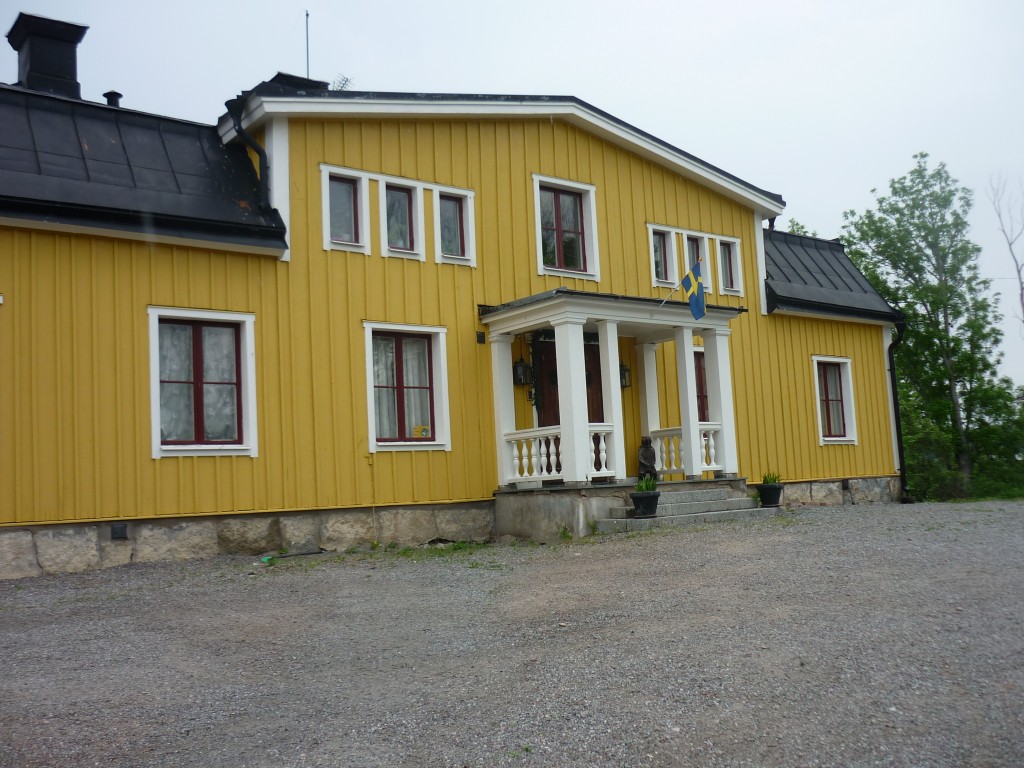 Our home away from home

Meeting our host family was a real pleasure.  Johan and Sussi greeted us warmly like they would their own children, and it felt immediately like we had a home away from home.  Sussi’s daughter Maja introduced herself by saying, “My name is Maja” with a flawless accent, so my initial impression is that she spoke English.  It wasn’t until later on I realized that she had perfected that one phrase but didn’t really know much English otherwise.  Smart girl!

Johan and Sussi showed us to our rooms – first we went upstairs to a room with a low door and a cute little window.  Courtney and I chose that one, I figured we were shorter so would be less likely to hit our heads on the door jamb if we had to get up in the middle of the night.  We then went downstairs to see Nick and John’s room, and it turned out they had princess canopy beds and Bamse wallpaper.  We laughed that the boys got the “princess” room while the girls were upstairs.  But John Olson is prettier than I am anyway so it seemed appropriate that he got the princess room.  😉  And through that experience he got to learn about our friend Bamse, the world’s strongest bear. 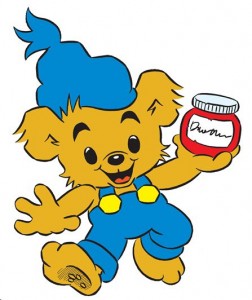 Powered by honey and socialism

The guys had just settled in to their room when we learned that we were headed out the door for our team competition, and our team would be the four of us.  When we found out we were all in it together we were immediately cohesive as a team.  As Johan and Sussi sent us off it truly felt like they were rooting for us, and they even helped us come up with our team chant.

Choosing who would do each task seemed to come pretty naturally – what John said before the competition is true, though he had the most reservations about the grocery task, he had the best grasp of the language (and is also a bit of a foodie) so he had the best shot at it of any of us. We decided as a team in advance that since there was a ten second penalty for each incorrect or missing item, if it looked like it would take him longer than ten seconds to find an item he would just skip it.  That was a really hard thing for John to do – he likes to finish what he starts – but he understood the calculated risk behind it and so he acted in accordance with the plan.  We expected Jennette to be great at it, and she was, so we just had to hope that we’d gain enough time elsewhere to make up for any shortcoming in that one task.

Fortunately, that was exactly what happened.  As Anders told us the times and penalties for each of us, I was doing the math in my head and knew that it was close and as long as I was faster than Troy by 5 or 10 seconds we would pull off the win. So when Anders told us our times and I knew that I was 35 seconds faster than Troy, I broke into that big cheesy grin.  We all took a huge collective sigh of relief and collapsed into a group hug.  John’s “I’m never shopping again” was totally genuine.  You should have seen the look on his face when we pulled up to the grocery store.  “Are you KIDDING ME?  You’re serious?  You’re serious.”  Thankfully the macaroni mission was fun and John and I had a good time with it.  He also went with Maja to explore the candy aisle and the two of them bonded over a shared love of godis. 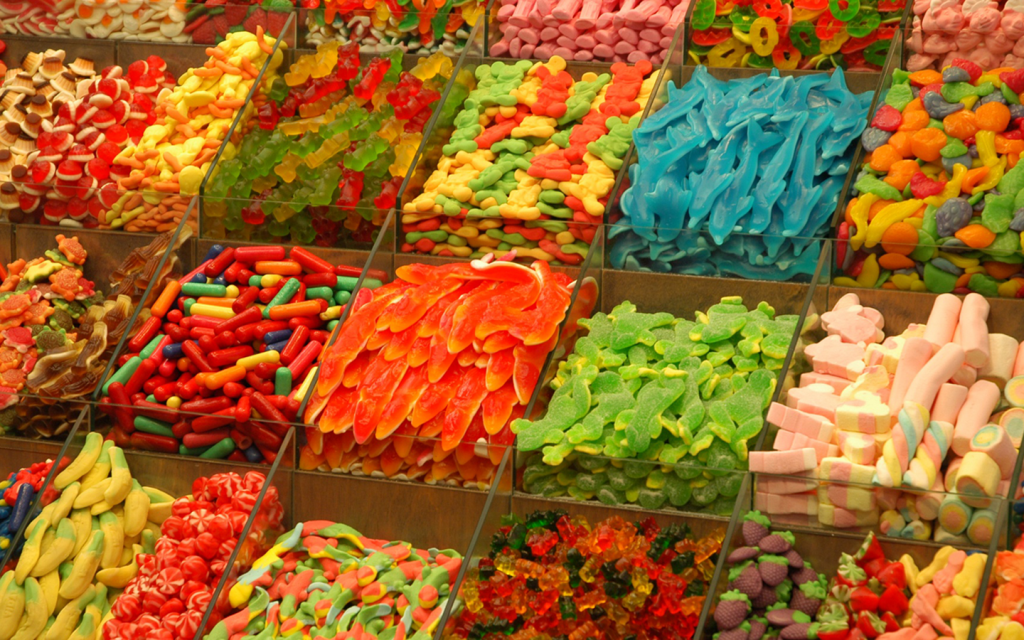 Making dinner – oh man.  We MASSIVELY overestimated how much food we were going to need.  I think we had every pot in their kitchen full of macaroni, and we had at least one unopened box.  And I would venture a guess that there has never been so much falukorv on one dinner table in the history of the world.  John and Nick fried up the slices in butter and it tasted pretty good, but suffice it to say that our tummies were not particularly happy the next day.

(Note: A few viewers wondered why our hosts served us macaroni and falukorv and not something more interesting, but the idea was that we were eating something that a) the four of us were capable of cooking for them and b) was typical budget-oriented food that is pretty common in a student town like Uppsala.)

Fortunately the dinner company and conversation were really enjoyable and made up for the lack of inspiration on the table itself.  A lot of Johan and Sussi’s kids are pretty close to us, age-wise.  But Johan’s daughters are crazy tall and have a willowy beauty.  I’m just under 5’ tall (150 cm) and they were all at least two heads taller than me.  When we were all standing in the kitchen together talking before dinner I felt like a little gnome talking to them.

Speaking of gnomes… let me tell you about one of my favorite memories from our home stay. Courtney has a ritual.  She jumps on the bed everywhere that she stays.  Sussi, I am sorry, but Courtney and I jumped on the bed. We could not help it.  It’s tradition.  The ceiling was low so we had to hunch over while we jumped, and we looked like little crazy gnomes or something. We laughed so hard that we collapsed on the bed in tears.

Also, one other thing about rooming with Courtney.  That girl brought literally every piece of clothing she owns.  Skirts. Boots. Sparkly Minnie Mouse ears.  You name it, she had it in her bag. Until the moment it was unzipped, at least.  Then out came a pandora’s box that unleashed an explosive chaos that instantly swept over her room.  I witnessed this several times, sure that it was impossible for all those contents to compress back in again.  Yet every morning, there she was rolling the suitcase out of her room looking put together like nothing happened.  Awe-inspiring.

I majorly geeked out when we walked in to Olof Rudbeck’s anatomical theatre, and I really enjoyed Anders’ lesson.  At one point Anders’ was showing us the maps and I said, “Well of course Sweden looks huge, you’re using the Mercator map! If you want everything to be in perspective the Peters projection is much better.” To which Anders smiled and said,”Yes, well thats why Swedes prefer the Mercator.” 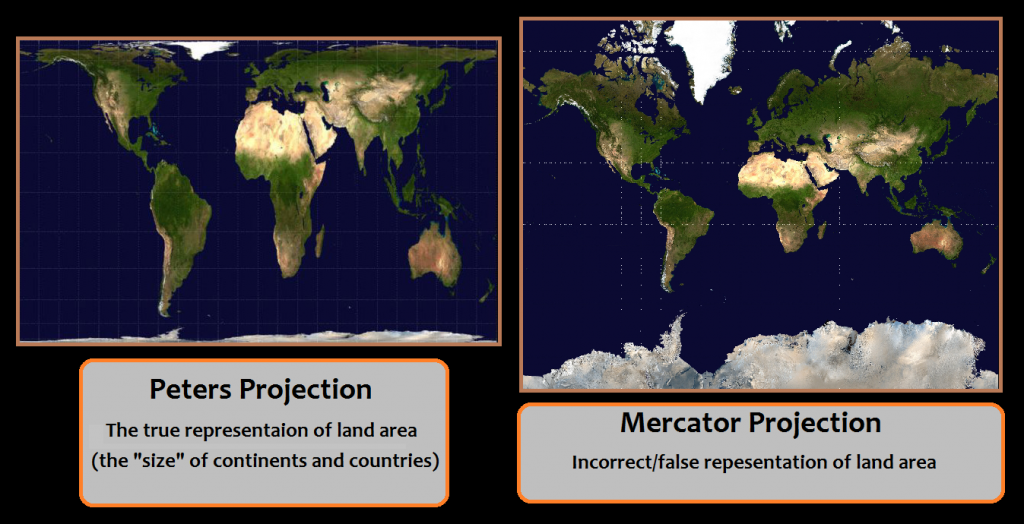 See also: this entertaining and informative clip from The West Wing

The men’s choir that greeted us after Anders’ Swedish school was such a treat.  Great voices and so gracious!  They even serenaded us ladies with a romantic song, and got down on one knee.  I still need to learn more about the strong musical and choral tradition in Uppsala.  I got to go in to the cathedral for a few minutes while a choral concert was happening, and it was absolutely splendid.  I now have a new item on my bucket list – singing in that gloriously historic cathedral.

And then, there was the competition.  Gamla Uppsala was incredible but I didn’t get a chance to learn nearly enough about it, so I’ll just take the chance to say a few words about Troy instead.  He is a peace-loving man who very quickly finds common ground with other people, but he’s also incredibly strong, smart, and a fierce competitor. So every time I had to compete against him I knew I would have to bring my A-game. He is one of those people who, by his mere presence, challenged and motivated me to give it my all and be my best.  He was a gracious competitor every step of the way, emotionally distraught when he knocked Leslie out of the competition, yet by contrast so composed when he told us that he himself was going home.  He connected deeply with his Swedish roots and I’m sure will be returning to Sweden on his own, likely many times over.

It was bittersweet leaving Uppsala.  I was happy to continue the adventure but there were so many things I didn’t even get to see and so much I still want to learn.  Johan and Sussi, I’ll take  you up on your offer that we can show up on your doorstep any time in the future! 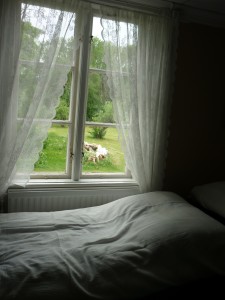 The window next to my bed at Johan and Sussi’s house.

It was a wonderful place to stay, but as the days were getting longer and we were moving further north, this was the first night in Sweden when I found that I found it didn’t get truly dark.   I knew I was going to need a new sleep mask or something if I was going to be sticking around in Sweden much longer. Little did I know what the next week would have in store… way up north in the Arctic circle!

I can’t believe that we’re halfway through the season already.  It’s gone so fast!  Only four episodes left.  Remember you can find more behind the scenes photos on my facebook page, and also join the cast during each episode on twitter at #alltforsverige.