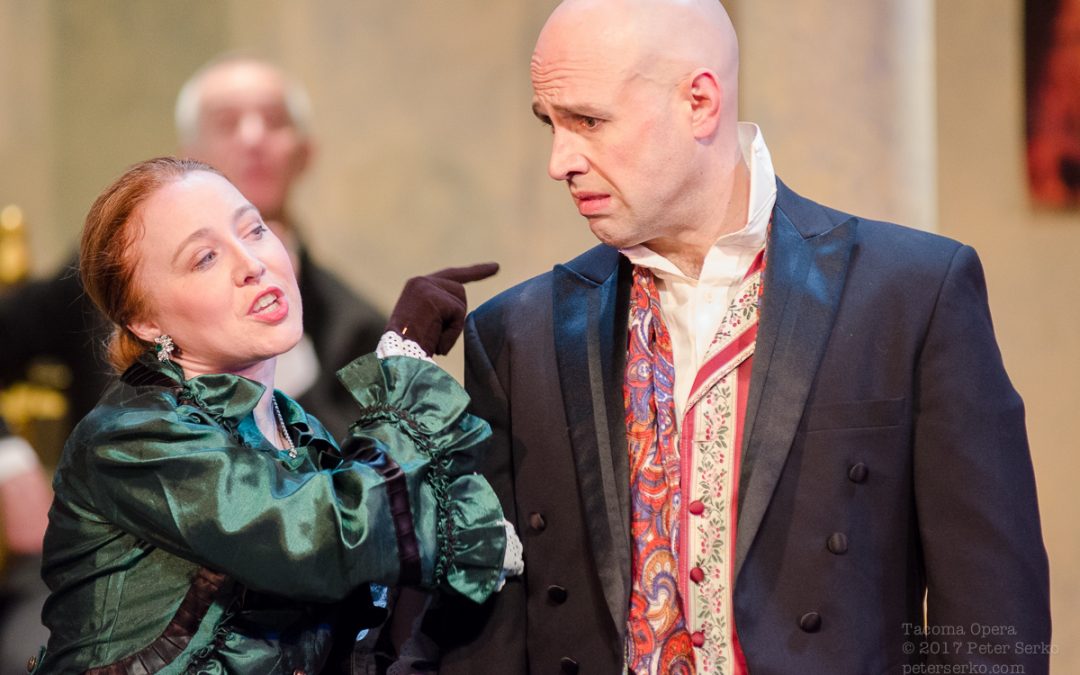 This operetta is a bubbly confection of delightful tunes and ridiculously funny characters.  Performed in English with projected supertitles, and a lot of slapstick humor. A great opportunity for those new to opera to learn that it’s not all stuffy and serious!  Starring Marcus Shelton as Piquillo and Caitlin McKechney as La Perichole. Katie Malik sings the comprimario role of Brambilla – whom she describes as “a mean girl of the Peruvian court.”

Tickets at broadwaycenter.org
For youth, military and senior discounts, please call the Box Office at 253.591.5894

Friday, May 12: Cyrille Gosselin and Friends at Columbia City Theatre

And now for something completely different… Katie will be joining her longtime friend and musical co-conspirator, guitarist Cyrille Gosselin for an evening of jazz, blues, and even some Pink Floyd!  Most of the events that Katie has sung with Cyrille have been private parties, so this is your chance to catch a public concert and see her strut her vocal jazz stuff.

The annual gala has become a highlight of the year for the Seattle G&S Society, and this year is no different.  In keeping with the society’s upcoming summer production of HMS Pinafore, this year’s event has a nautical theme. In a nod to the city’s rich nautical history, the event will be held at the Pacific Fishermen Shipyard in Ballard and beloved Seattle Gilbert & Sullivan performers from past and present will present a show of delightful nautical-themed  music.. Katie will join the company in the famous “He is an Englishman” chorus, and also share an audience favorite from her solo concert tour in Sweden – a song about a woman’s immigration journey on a ship to the United States (performed in Swedish)!

Sunday, May 21: National Anthem at Seattle Great Strides for CF

Great Strides is the largest annual fundraiser for the Cystic Fibrosis Foundation.  For the past few years, Katie has sung the National Anthem to open the Gig Harbor Great Strides event.  However, this year the Gig Harbor walk date conflicted with her Tacoma Opera engagement, so instead she will be singing at the big Seattle walk!  If you’re interested in attending the walk as a fundraiser, or in donating to fund vital CF research, visit fightcf.cff.org.