The Merry Widow – this April at Tacoma Opera 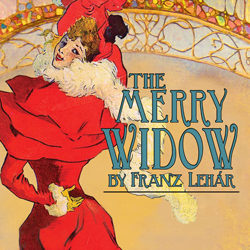 Up next, don’t miss Tacoma Opera’s boisterous production of Franz Lehar’s classic comic operetta, The Merry Widow.  This production is led by two fantastic colleagues – Barry Johnson as Stage Director and Bernard Kwiram as Conductor.  I’ll be onstage singing the role of Olga Kromov, as well as working behind-the-scenes as choreographer.  There are party scenes and dances in every arc, making this operetta a delightful confection for both the eyes and ears!

Tickets and more information at www.tacomaopera.com