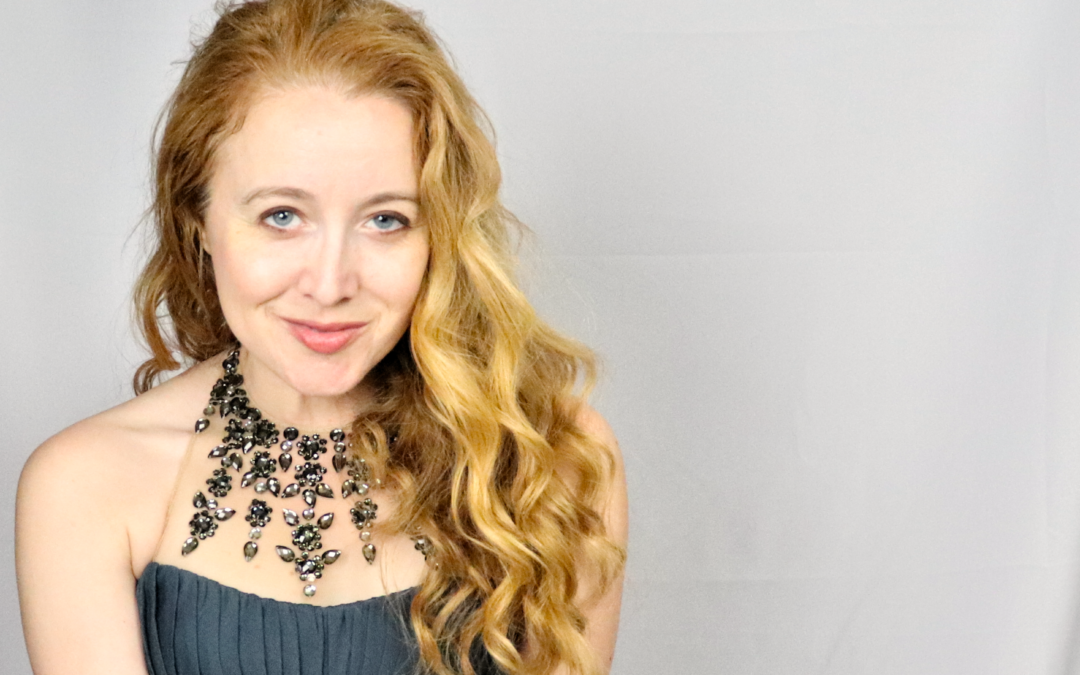 Real talk . . . I’ve had a vocal identity crisis in the past few months.

While most of you know me as a soubrette soprano, back in the day when I was majoring music at SPU I studied as a mezzo. Ever since there has been a fair amount of back-and-forth, switch-hitting different vocal parts in different contexts, and always wondering why I didn’t feel fully at home in either the soprano or the mezzo “box.” (The opera world LOVES to put people in boxes. They even have a specific term for them, fach, which indicates the type of voice you have and the roles you will play.)

When I first arrived at SPU a million years ago, I had no intention of studying opera. Having Cystic Fibrosis (CF) and knowing the limitations it may place on my career, I was geared more toward community and church music, perhaps as a church choir director or private voice teacher.

My voice professor, however, encouraged me to try some operatic repertoire in the mezzo fach. She perceived a warmth and richness in my tone that would suit operatic mezzo roles, and believed I was capable of singing them. I was dubious, but the first aria she gave me, one of Cherubino’s from Le Nozze Le Figaro, felt like vocal candy. For the first time in my life, I considered that maybe it was possible I could sing opera . . . CF be damned.

My voice professor’s idea worked. Opera challenged me to improve my breath technique, but I enjoyed doing it and so I kept practicing and got better.

Out of all the repertoire I studied during college, the operatic arias were the ones where I ultimately felt most at ease, where everything just “clicked.” Breath support was always challenging, with the CF and all, but in the operatic roles I was able to step outside of myself and become a character, and the breath just *happened* more easily without me stressing out about it.

I remember when I got to the end of my hour-long junior recital, and I got to finish with two pieces as Dorabella from Cosi Fan Tutte. It was literally like a breath of fresh air, I felt so relaxed and happy. It was the high point of the entire recital. Mozart arias were my jam.

The audience noticed, too. Of all the comments I received afterward, everyone loved the Mozart most. Everyone thought I was capable of doing more.

Everyone that is . . . except for me. Self-doubt and imposter syndrome ran high, regardless of how many solos I got to sing with the Chamber Choir, no matter whether I had a music scholarship. I always felt “less than” because of the breath support challenge that my CF gave me. I felt like everyone knew I was “faking it” all the time.

When we were nearing graduation and people were making plans to go to graduate school to get MA degrees in voice, auditioning for Young Artist Programs, I thought, “I’m not ready for that, yet.”

But I did keep singing after graduation… I couldn’t *not* sing. I worked as an interim music director at St Alban’s Episcopal church in Edmonds. I auditioned and was accepted into Opus 7 Vocal Ensemble (a professional-caliber a capella choir) and the Seattle Symphony Chorale. A couple of years later I was cast in the Seattle Gilbert & Sullivan Society’s 50th anniversary production of HMS Pinafore . . . one of only four women new to the company cast that year. And soon after, was hired as a staff singer at Epiphany Parish in Seattle.

In the span of those years after college, I had validation coming from all sides that I truly was a good singer. And yet I still doubted myself . . . because while I was singing and starting to get paid for it, these were all ensemble gigs. With the exception of Epiphany parish and Christmas caroling, paid solo opportunities weren’t really a part of the equation.

And then around 2007, something happened. My vocal timbre changed, my range got higher, and I started sounding like a soprano.

I spent some time woodshedding with my new voice, figuring out this new thing that was happening. I started learning and auditioning with soprano repertoire.

And that was when I started getting cast in solo roles. Even solo roles with a professional opera company.

I learned that I really was capable of doing this thing that I’d always thought was out of my reach. I evolved into a “soubrette” soprano … considered the lightest of the operatic sopranos. The roles are often young women — flirty troublemakers, saucy housemaids. A fit for me physically as well as vocally.

For the past 10 years I’ve been a “switch hitter” in pro ensemble settings, often bouncing between vocal parts to wherever the most help was needed. A nice dash of marketability, with the top notes of a soprano but the strong mid-range and low end of a mezzo (and let’s be honest, the sight-singing strength that comes along with it).

But as a soloist, I was singing soprano . . . and that led to a bit of a vocal identity crisis. What to call myself? As a soloist, soprano. As a chorister, I preferred mezzo . . . but found that if I sang mezzo TOO much my voice would get really tired if I never got an opportunity to open up the high end. What WAS I, really?

Last fall I had an audition that was probably the best one I’d ever done. I felt like maybe I had figured it out. But then, only two months later a wrench got thrown into things. I needed a CF-related sinus surgery.

The recovery was tough, I’ll be honest. And vocally, it left me feeling positively unhinged as everything felt so different. It took 6 months to figure it out as I let this new normal sit and stew for a while.

It turns out that my sinuses were so inflamed and compacted after years (maybe a decade?) of CF-related sinusitis and infection that they had hardly any resonating space left. I’d been singing opera that whole time without realizing why it was getting harder and harder to create that resonant ‘ring.’

Now my sinuses are wide open and healthy, and the difference is startling. It’s just . . . easier. The sound floats out of my head without me having to ask nearly as much of it. My breath is much more efficient because I don’t have to waste all of this extra air.

And as to this question of whether to call myself a soprano or a mezzo, I can confidently say . . . mystery solved.

I sound like the mezzo I used to be, only more mature and with better breath support that I’ve honed over the years. I still have the high notes, but the mezzo tessitura is SO much more comfortable now.

I now can recognize how hard I was working pre-surgery to create that resonating space, how high I was having to lift my soft palate and how much air I had to use to create the sound necessary to carry my voice to the back of the opera house. My theory is that this was creating the illusion of a soprano’s tone, simply because of the vocal placement I had to adopt to project any sound.

So now, I have to take some time and woodshed once again, as I rediscover my new-to-me mezzo voice. It’s a challenge, but also an opportunity. How many times in life do we get to start from a clean slate and redefine ourselves?

I’m itching to let out the mezzo voice that’s been lurking inside me all along, and explore some new repertoire that fits my new voice and my new age. (I am still able to get away with teenage roles for the time being because I’m tiny, but I’ve got two decades of life experience under my belt now that makes me itch for some more complex characters.)

It is intimidating to know that I’ve got that much work cut out for me, but it’s a voyage of discovery I can’t wait to start.