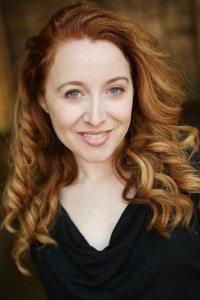 With charisma to spare and a haunting vocal clarity, soubrette soprano Katie Malik has been described as “a diva in a deceptively small package.” Recent appearances include the roles of Brambilla in Offenbach’s La Perichole and Betty in Kurt Weill’s Threepenny Opera, both at Tacoma Opera. Previous engagements at Tacoma Opera include Edith inThe Pirates of Penzance, The Cousin in Madama Butterfly, and a Gypsy Dancer in  La Traviata, as well as choreography credits. Other performed roles include Peep-Bo and cover of Yum-Yum in The Mikado (Northwest Savoyards), as well as Chloe in Princess Ida (Seattle Gilbert & Sullivan Society), and Dolly Tate in Annie Get Your Gun (Paradise Theatre).

During the summer of 2015 she sang a solo tour of churches in Sweden, where she became known through her participation in the International-Emmy winning TV show Allt för Sverige. Runner-up of the series, her inspirational story made her an audience favorite and she was brought back for a Christmas “Julspecial” episode.